Thanks to Safened, banks know their clients

“Banks are the gatekeepers of the financial system. According to the supervisor, they have to know who their clients are. Safened checks this for them”, says Krik Gunning. He is the commercial director of Safened, which won the Accenture Innovation Awards 2018 in the Finance theme. The jury describes the company as an organization being capable of solving a real and complex problem within the financial sector.

What is Safened?
“Safened is a Dutch-British fintech that helps banks with rapidly checking the identity of new clients. With that, we enable banks to open a bank account for new clients in five minutes. We make sure that the bank meets all the legal requirements of know your customer (KYC) and, at the same time, minimalizes fraud. You could say that Safened is a kind of bouncer that lets in the well-intended and keeps out the ill-intended.”

Why did you start with Safened? How did the idea arise?
“As happens often with start-ups, Safened arose through an earlier idea: a savings platform that interconnected several banks. That asked for a strong KYC functionality, which we then developed. In 2017, clients came up to us with the question whether we could offer this function as a stand-alone product. That is when we started offering Safened as an individual product that converts regulatory questions into simple and safe solutions.”

When did you know Safened was viable?
“Last year, the German mobile bank N26 became our client. By now, they have two million clients and they are growing fast. With N26, we entered a partnership for the identity check in seventeen European countries. In one fell swoop, Safened as a KYC-product became a major player in Europe. Now, we verify thousands of clients per day for various partners.” 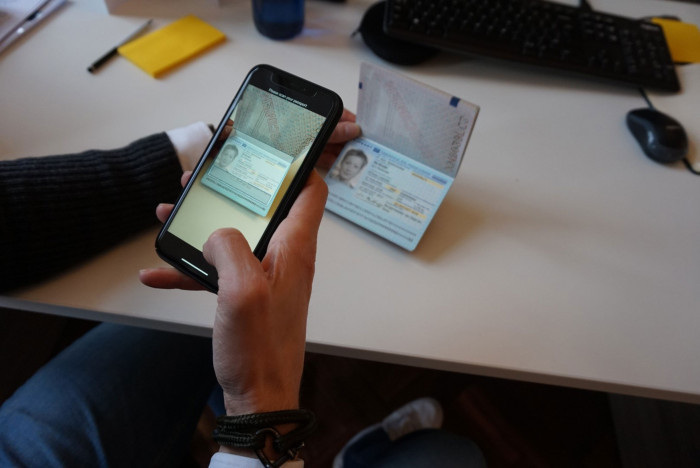 How do you look back on the AIA and the jury’s verdict?
“The AIA gave us a lot of positive publicity and concrete opportunities with big new clients. The ultimate lesson is that we can talk endlessly about how amazing our product is but explaining the essence in one minute is the most important. The jury pointed out that the professionality of Safened and the recent growth and development was the decisive factor to announce Safened as a winner.”

What are the challenges for Safened?
“The dynamics that Brexit entails. Besides, the scale-up of the team, because we are in the fortunate position that there is a lot of demand for our product. We are looking for qualified people to further grow our teams in Amsterdam, London, New York and Barcelona.”

What kind of trends do you expect in Safened’s market in the coming years?
“Artificial intelligence is a buzzword, almost a forced exercise. We focus on building concrete solutions. We have the team, data and knowledge to improve our product. For example, right now, we’ve seen enough false French identity cards to build an algorithm that recognizes fraudsters even quicker.”

What is your golden tip for innovators?
“Do not waste your time on the development of a ‘solution in search of a problem’. Focus on a real problem that your future clients are struggling with and for which your product offers the best solution. That is the way to quickly grow and create revenue.”

*) Safened is the winner of the Accenture Innovation Awards 2018 in the theme Finance.