To watch this video you need to accept marketing cookies

Proudly presenting you the Top 25 innovations of our 8 themes that are changing the game.

Learn about them now!!
CLIMATE

This study is a short version of Amber’s internship report on the implications of large-scale hydrogen storage for system operators in the Dutch energy market.

After obtaining her master’s degree and enjoying a well-deserved vacation, we are happy to welcome Amber (LinkedIn) back at Accenture! 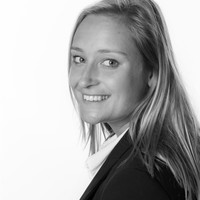 Since the Paris Climate Agreement was signed by 195 countries in 2015, ambitious goals have been set worldwide for reducing greenhouse gas (GHG) emissions. To meet the greenhouse-gas-reducing ambitions of this agreement, countries are increasingly focused on stimulating the research, development, and deployment of renewable energy resources.

However, energy system operators, which transport and distribute gas and electricity, are facing a growing challenge to secure energy demand at any given moment in time. While traditional (fossil-fueled) resources can be managed predictably, the production of renewable energy is increasingly dependent on the volatile weather (e.g. sun or wind). System operators are supposed to prioritize access to renewable resources, which can come at the cost of traditional sources.

Energy storage is key among the options to address this challenge. With renewables, more situations can arise when supply is larger than demand. For example, during days when consumption is limited (e.g., weekends) and when there is much wind, it can be possible that (even) windmills need to be disconnected from the grids. With abundant storage capabilities, it becomes possible to store such surplus energy. Moreover, when renewable energy is insufficient to meet demand, energy storages can top up the supplies to meet demand.

Hydrogen storage is among the most promising technologies which can provide this flexibility. This article therefore raises the question: what is the impact of large-scale hydrogen storage implementation for Dutch system operators in the energy transition?

An Introduction to Hydrogen Storage

Hydrogen is typically produced and labelled as grey, blue or green hydrogen. First, grey hydrogen is produced when methane, a gas which combines carbon and hydrogen, reacts with steam under high temperatures. Then, hydrogen becomes blue hydrogen when these greenhouse gases are captured and stored. Finally, hydrogen gets a green label via the concept called: power-to-gas (P2G). This green label is the essence of hydrogen storage.

Storing hydrogen can be done at different scales. At small scale, it is typically applied for transport purposes, for example, with trucks or inland shipping. At large scale, it is usually applied for mass-storage purposes in subsurface reservoirs. Salt caverns are in general most suitable for this large-scale purpose. Contrary to depleted oil and gas fields or aquifers, which have porous rock structures, salt caverns are enclosed with overhead rock covers, and need less so-called cushion gas to provide the required practicable pressure.

1. High costs
This factor is considered by most interviewees to be the main barrier for the transition towards a hydrogen economy. Scale economies can lower these costs and increases in wind power since these can further accelerate the demand for hydrogen production.

2. Government support
The interviewees indicated that the current laws and regulations need to be adjusted to stimulate the hydrogen economy

3. Hydrogen market
All parts of the hydrogen chain are required, not only the production of hydrogen which currently receives most of the attention.

The interviewees generally indicated that they are willing to collaborate to achieve a hydrogen economy. However, they do not want to carry the risks alone given the high capital investments required. The exact collaboration they foresee is not clear yet, since they do not know exactly which role each actor will play in the future.

The main opportunity the interviewees consider for hydrogen is its future energy system role as a sustainable energy carrier. Hydrogen can improve the interconnectivity between electricity and gas systems and facilitate the growing share of intermittent energy sources. In addition to storage, hydrogen has diverse applications in the chemicals industry, mobility and the built environment.

Another opportunity is the development of hydrogen equipment, along with equipment costs decreases.

All interviewees agreed on the urgency of a decarbonized energy system in 2050 and are willing to contribute towards its realization. Market parties are aware of the interdependencies involved in achieving large-scale hydrogen storage, which will stimulate stakeholder collaboration.

The hydrogen-related opportunities for system operators depend on which tasks they are going to execute on a regulated or a commercial basis. If hydrogen-related operations are regulated, system operators carry out these tasks so that they comply to laws and regulations. In that case, the government will have much influence in the development of large-scale hydrogen storage opportunities. If the tasks have more a commercial basis, the process of hydrogen storage will involve financial considerations, hence, if a positive business case can be made.

The following figure shows an overview of the advantages and disadvantages regarding large-scale hydrogen storage as a regulated or commercial task.

Regarding the Dutch gas TSO, Gasunie, hydrogen can have a huge potential to maintain or improve its position in the energy system. Gasunie would be expected to guarantee the transport of hydrogen, and to perform large-scale hydrogen storage for the security of supply, for strategic reserves, and for seasonal demand. Gasunie already stores natural gas and nitrogen in salt caverns, and in the future, they may also store hydrogen onsite close to the supply side. Gasunie is actively investigating different hydrogen projects and is looking for ways to collaborate with market players to achieve a hydrogen economy.

Finally, Distribution System Operators (DSOs) for electricity and gas are not expected to perform large-scale hydrogen storage, but to distribute hydrogen if used in the built environment. DSOs would need to manage the regional hydrogen grid, and store hydrogen to prevent local grid congestion.

The impact of large-scale hydrogen for system operators is uncertain and depends on the added value for specific applications of hydrogen, and whether this task will be performed on a commercial or regulatory basis. Hydrogen storage can be useful: for security of supply, for strategic or seasonal buffering, system balancing and congestion management purposes. For TenneT, the transmission system operator (TSO) for electricity, increased hydrogen storage may reduce the need for additional electricity grids. For Gasunie, the TSO for gas, hydrogen may improve the economic value of its natural gas pipes if hydrogen complements or even substitutes natural gas.

*) This article was written about one of our themes, climate. You can explore the rest of our themes by following this link.