Nevertheless, regulations and legislations together with the public’s fear play an important role as barriers to acceptance  of this technology. How does the supply chain influence consumer acceptance of Genetically Modified Food, and which hurdles does it have to clear?

Technology has already made production cycles more efficient, but when it comes to the food sector, legislation and public acceptance are barriers to overcome. Currently, one out of nine people worldwide suffers from malnutrition caused by food insecurity. Food shortage is a reality, as food production for a growing population of more than nine billion people by 2050 is impossible. To feed the growing population, production must increase at least by 70 percent by 2050, and here, genetically modified food technology can play an important role.

We can use genetic modification to increase yields, produce more with fewer acres, and decrease CO2 emissions, but GM food is still not widely accepted by food consumers.

Worldwide, GM food, or GMO, is already used on a large scale. The majority of all produced GM-foods is used for livestock feed and, partially, for human consumption. Maize, papaya, and cotton are mostly genetically engineered; respectively 86 percent, 80 percent and 93 percent of these in the United States are GM food. DNA has been altered by selective breeding and artificial selection over time. In this process, the strongest organisms with the preferred characteristics were combined to create a hybrid with desirable traits. Survival of the fittest can thus be seen as the predecessor of genetic modification.

Since humans’ existence, environmental modifications have been necessary to survive (e.g. villages and water pumps had to be built). With the implementation of agriculture and livestock, the first human-made changes occurred affecting plants and animals.

Since the surge in urbanization, knowledge about agriculture and the supply chain has decreased, affecting consumer behavior and preference towards GM food. Besides knowledge, emotions play a crucial role in the formation of an attitude towards GM food. The different regulations in the local legislation, the GMO ban in the European Union for example, also affect consumers’ opinion. The more restrictive a country or area is toward GMOs, the more its citizens will have a conservative and negative opinion about them.

GM food is not only used in the field of nutrition. In several other areas, it is a widely accepted technology/method and used on a daily basis. The health industry, for example, applies GMO in vaccines and antibiotics, as these are created by genetically modifying DNA. One of the most recent progresses on this field was on November 27, when a Chinese scientist claimed that he had created the world's first genetically edited babies. He Jiankui, researcher at the Southern University of Science and Technology in Shenzhen, announced the birth of twin girls whose DNA had been modified using CRISPR-Cas9, to prevent HIV infection.

Moreover, within research, GMO is used both biologically and medically. For example, genetically modified plants and mammals enable researchers to discover the function of genes.

Agriculture applies GMO to create food with desired traits. Either in the form of resistance and tolerance or enhancing characteristics. Besides food production, GMO in agriculture is also used to prevent damage caused by harsh conditions such as frost, flooding, and drought, or even to help plants grow in different soils.

What’s more, using insect-resistant and herbicide-tolerant technology has reduced pesticide spraying by 618.7 million kg. Therefore, the environmental impact associated with herbicide and insecticide use on crops (as measured by the indicator the Environmental Impact Quotient (EIQ)) has been decreased by 18,6 percent. 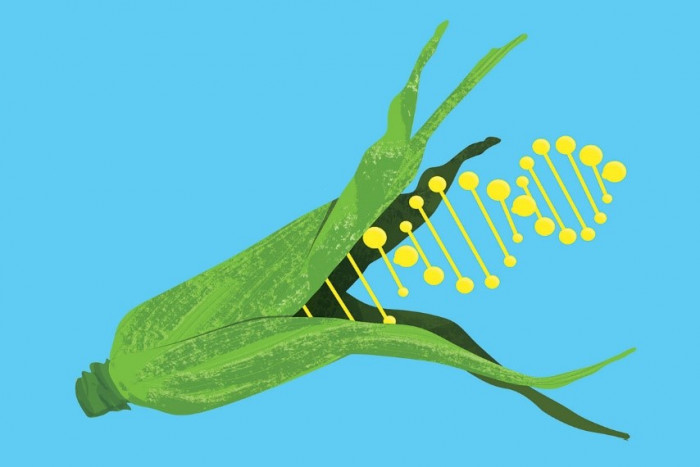 GM food itself can be traced back to 1983 when the first unit was produced by using a tobacco plant that was antibiotic-resistant. It was from this moment on that an experimental era began, and that these techniques have evolved into many of the products we now ingest. However, the risks and potential harm of genetic modification have become a point of great debate. That's why many people still have a negative view of it, showing that emotions and morals play a crucial role in this topic and that the debate has drifted away from the facts.

The Role of the Supply Chain

The GM food supply chain is a complex process that includes more than just all production and distribution systems. However, many other stakeholders have a big impact on the supply chain, like media, activists or non-governmental organizations (NGOs), that may affect the attitude of each organization in the supply chain towards GM food. But on top of this, the government has a direct effect on each link in the supply chain. They are responsible for legislation, safety assessments, and risk management, monitoring and labeling. 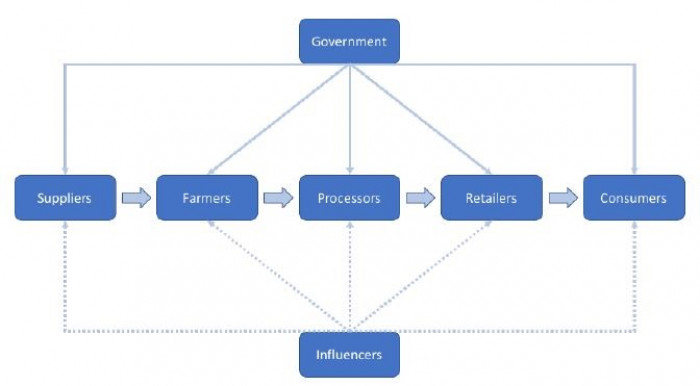 The governments’ control of the supply chain gives each part a very limited execution power. Therefore, educating the consumer is a vital pillar in increasing consumer acceptance of GM food. Once GMOs are better understood and the potential of GM-food has been proven to the public, negative emotions, perceptions and attitudes can be changed. The supply chain plays a major role in this part, as a better cooperation among all organizations in the GMO ecosystem would give consumers more transparency and trust.

The Impact of Regulations on GMO Acceptance

There is a stigma, like thinking that GM food is less natural or less safe. But the biggest problems that are faced since the discovery of GMO are control policies, rules, and restrictions. These differ between the European Union, United States and the rest of the world. While the United Statesis more permissive, the EU made a legal framework to monitor GMOs with its main goal to guarantee the safety of humans, animals, and the environment.

With lots of different stakeholders in the supply chain, there is still a huge gap between researchers and seed manufacturers on the one hand, and politicians, suppliers and consumers of GMOs on the other hand. These opposing positions greatly affect the transparency that reaches the consumers.

The European procedures require precision and thorough assessments before products enter the food market, ensuring that citizens get top-quality products. However, this approach also puts the continent behind in the development of GMO technologies. For example, the European Food Safety Authority (EFSA), established in 2002, has a panel on GMOs consisting of about 20 independent scientific experts who review risk assessments by applicants seeking to demonstrate the safety of a GMO product. This makes Europe not profitable to produce GM food, making it more of an economic problem, than a technical one.

At the same time, on July 25, 2018, the European Court of Justice decided that mutagenesis, which is changing the DNA, is also seen as genetic engineering, falling then under the same regulation as GMO. This means that products derived with mutagenesis, for instance using CRISPR-Cas9 to modify DNA, will also have to go through the safety assessments. By using this type of technology, superior and more profitable crops could be created. This makes it extremely difficult to bring a profitable genetically engineered product on the market in Europe.

Technology has already made nutrition more accessible and efficient, but more is yet to come. Using GMO in agriculture can help provide solutions to everyday problems. For instance, in the case of bad harvests due to harsh weather conditions, GMO could be used to preserve crops, protect them of insect invasions, and even help in reducing greenhouse gas emissions.

To unlock the potential of genetically modified food, consumer acceptance must increase, and legislation should make it possible to use GMO technologies, like CRISPR-Cas9. These conditions are key to boosting GM food production. To do that, the supply chain needs to work more closely together and become aligned with its stakeholders. Increased knowledge and reduced fear is what affects consumers'(in)tolerance in this topic.

*) This article was written about one of our themes, Nutrition. You can explore the rest of our themes by following this link.